Home | News | other news | January 2014:the advertising market according to Nielsen

January 2014:the advertising market according to Nielsen

In January the advertising market recorded a 2,8% drop, Nielsen says

According to the Nielsen data, the advertising investments recorded a 2,8% drop, equivalent to around 12,6 million euros, if compared to the same period last year. 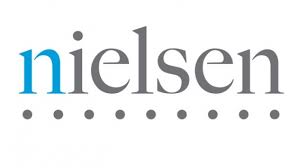 In actual reality, the month of January is not regarded as indicative of the current trend. Alberto dal Sasso, Advertising Information Services Business Director at Nielsen, maintains that “the trend of spread reduction which started back in October 2013 is still going on, gradually approaching zero”.

As far as the media are concerned, the scenario is the following:

– the radio, which recorded fluctuating results in the last months, registered a 5% rise in January;

– the negative trend involving the press was confirmed, with newspapers and magazines recording a 15,1% and a 11,8% drop respectively;

– the Internet registered a 4,1% decrease.

As far as the Internet is concerned, though, it should be borne in mind that this figure resulted from a comparison with January 2013, when the highest growth in the whole year (+10%) was recorded.